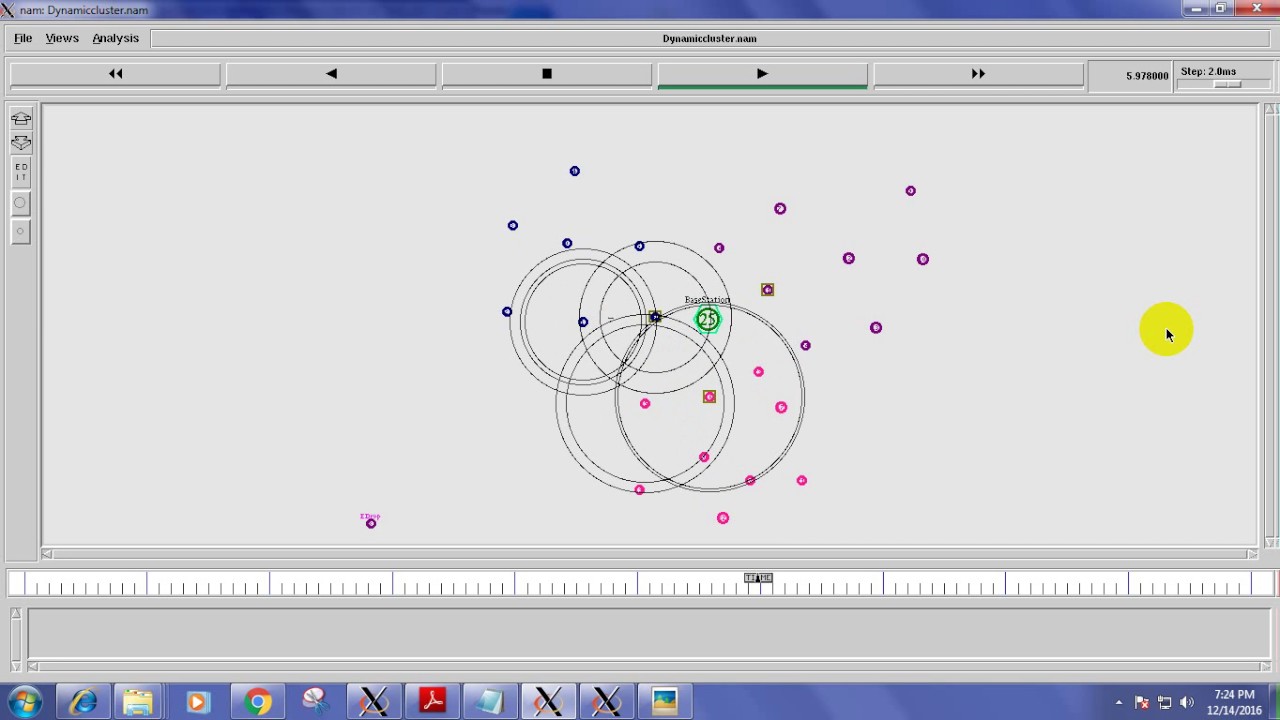 Clustering is the process of grouping the nodes into clusters in Wireless Sensor Network (WSN). Cluster Head (CH) selection influences the overall performance of WSN. A firefly algorithm for the optimization of the existing system is proposed. The existing system CHEETAH (Cluster Head Enhanced Election Type 2 Fuzzy Algorithm) comparatively has a lower network lifetime. Simulation results show that the proposed method produces better results than CHEETAH in terms of energy consumption and network lifetime.

Wireless sensor networks (WSNs) present a new generation of real-time embedded systems with limited computation, energy and memory resources that are being used in a wide variety of applications where traditional networking infrastructure is practically infeasible. Appropriate cluster-head node election can drastically reduce the energy consumption and enhance the lifetime of the network. In this paper, a fuzzy logic approach to cluster-head election is proposed based on three descriptors-energy, concentration, and centrality. The simulation shows that depending upon network configuration, a substantial increase in network lifetime can be accomplished as compared to probabilistically selecting the nodes as cluster-heads using only local information.

In past few years the use of Wireless Sensor Networks (WSNs) are increasing tremendously in different applications such as disaster management, security surveillance, border protection, combat field reconnaissance etc. Sensors are expected to deploy remotely in huge numbers and coordinate with each other where human attendant is not practically feasible. These tiny sensor nodes are operated by battery power and the battery operated sensor node cannot be recharged or replaced very easily. So, minimization of energy consumption to prolong the network life is an important issue. To resolve this issue, sensor nodes are sometimes combined to form a group and each group is known as a cluster. In each cluster, a leader node is elected which is called as the cluster head (CH). When any event is detected, each node senses the environment and sends to the respective cluster heads. Then cluster heads send the information to the base station (BS). So, appropriate cluster head election or fuzzy logic model can reduce considerable amount of energy consumption. In this project, we propose a cluster head election or fuzzy logic model algorithm using Type-2 Fuzzy Logic or fuzzy logic definition, by considering some fuzzy descriptors such as remaining battery power, distance to base station, and concentration, which is expected to minimize energy consumption and extends the network lifetime.

Network lifetime of the cluster is not good in wireless sensor networks. So, a Clustering Algorithm was developed to optimize the Network Lifetime Using Type-2 Fuzzy Logic Model or fuzzy logic perception.

By optimizing the existing fuzzy logic or fuzzy logic perception using Firefly algorithm to effectively elect an ideal cluster, the energy consumption is reduced while increasing the battery life of sensors. Therefore, the network lifetime is increased.

How is it different from competition

We are optimizing the existing system rather than implementing a new schematic architecture. Hence, the cost of the project is economical without compromising its efficiency and improving the overall network lifetime.

Who are your customers

This project is used in telemetric measurements. The project has a wide range of application in various fields such as healthcare, satellite telemetry, remote location and monitoring purposes for areas which cannot be accessed easily.